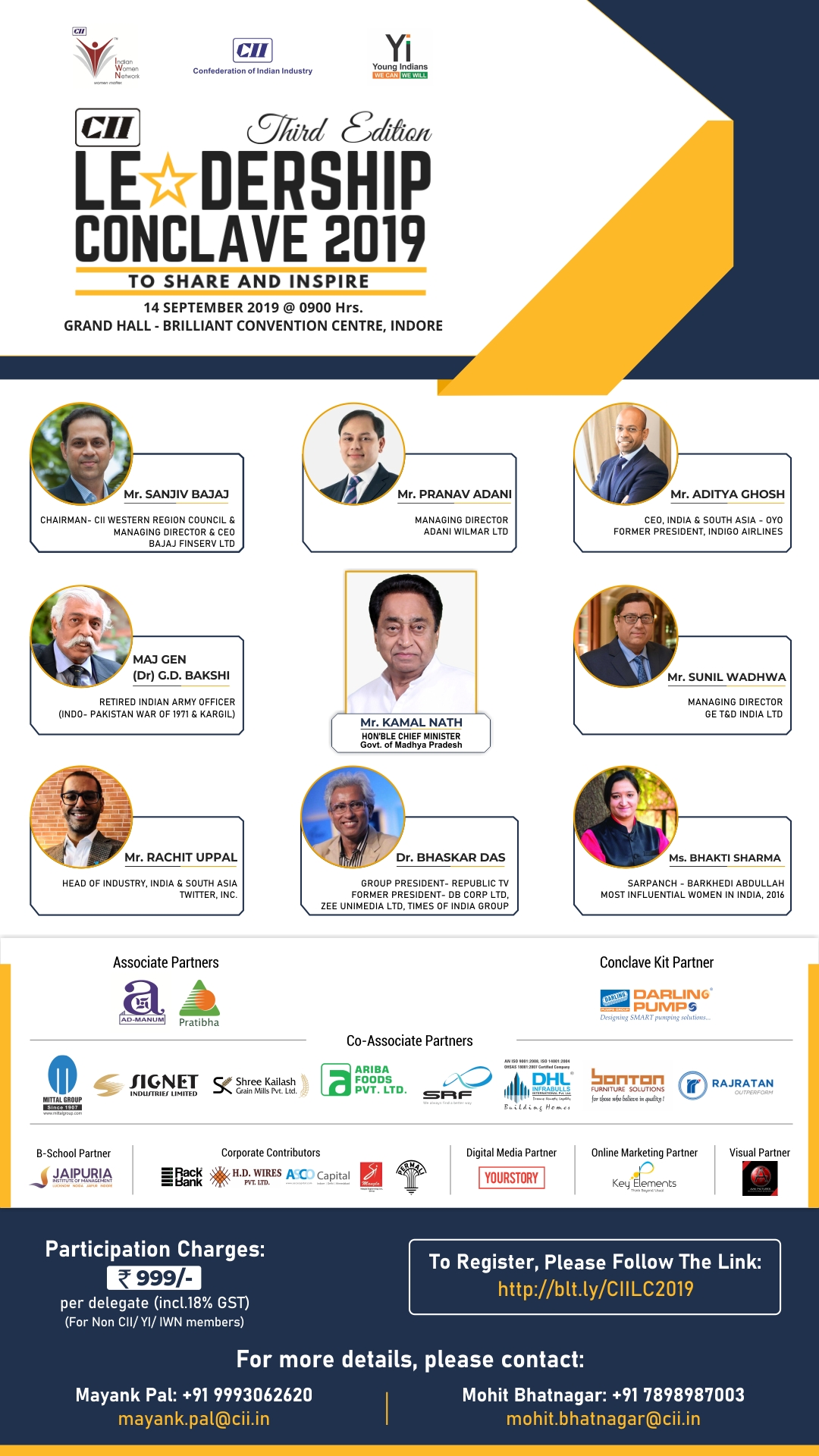 The state of Madhya Pradesh has witnessed a radical transformation in terms of economic and social development and has recorded an impressive growth in GSDP averaging over 9% during the last decade. The city of Indore being the commercial capital of the state has been the frontrunner in the growth story in Madhya Pradesh.

This groundbreaking event will bring together statesmen, political and business leaders, thinkers and writers, stars and savants, heroes and youth icons in a microcosm of the kind of exceptional minds that will enrich the multitude of people. Every year, the event has witnessed a footfall of 400+ delegates. The business community of Madhya Pradesh look forward to learn from the leaders of today to become a ‘LEADER’ of tomorrow.