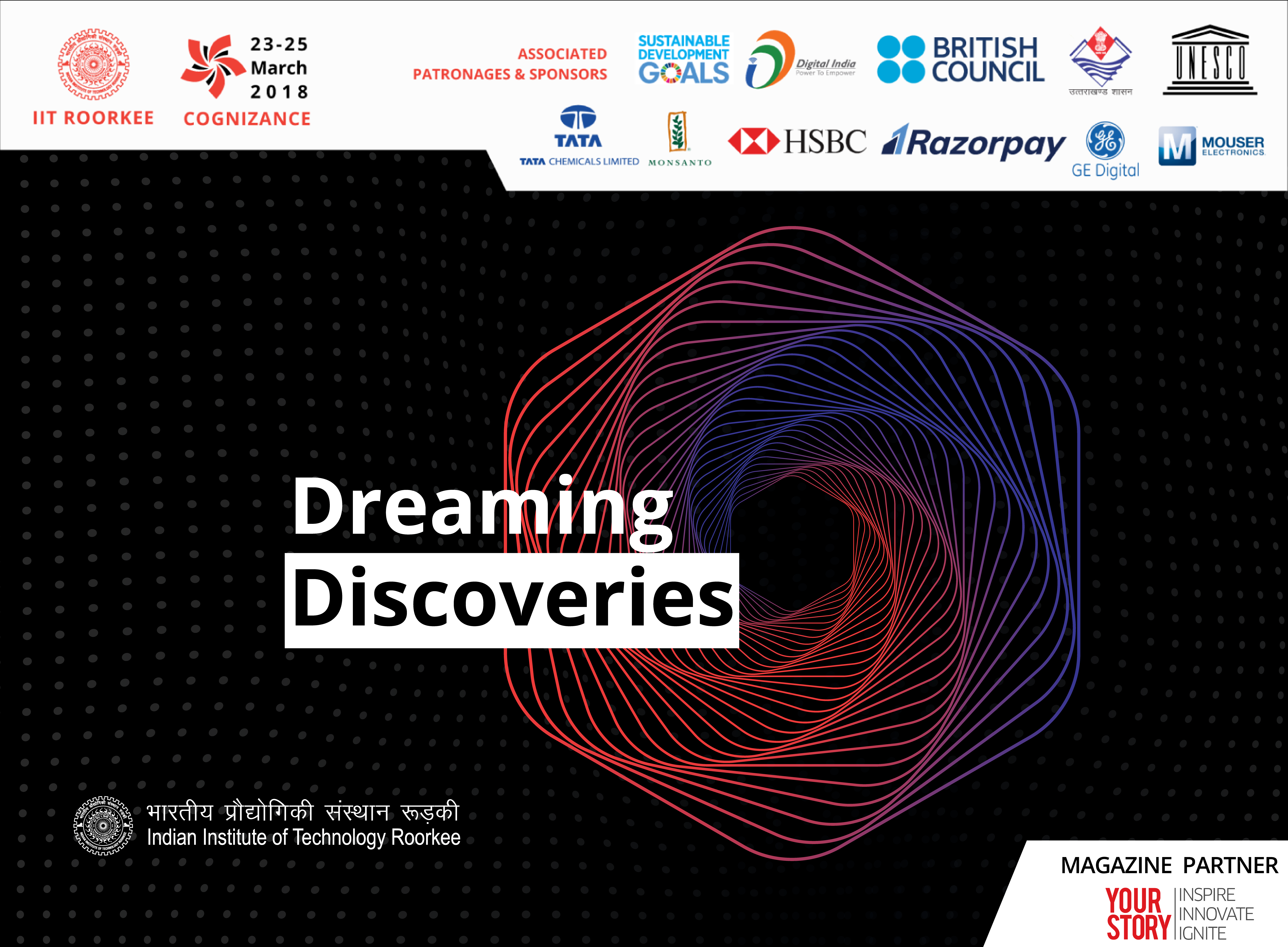 Since its inception in 2003, Cognizance has travelled a long way ahead by establishing itself as Asia’s second largest technical festival. Cognizance aspires to provide wings to the thoughts of some of the smartest young citizens of the nation and bring out the best in them. Cognizance in its 16th edition will be "Dreaming Discoveries" this year. Dreams have always been the biggest source of inspiration for the most perplexing discoveries ever witnessed. With the theme 'Dreaming Discoveries', Cognizance 2018 invites the youth of the nation to a platform where ideas, to bring about disruption, are imagined, articulated and dreamt of. An innovative idea or a paramount solution deserves praise and recognition of equal worth, and hence a mouth watering prize money of worth Rs. 21 Lacs would be provided by Cognizance.