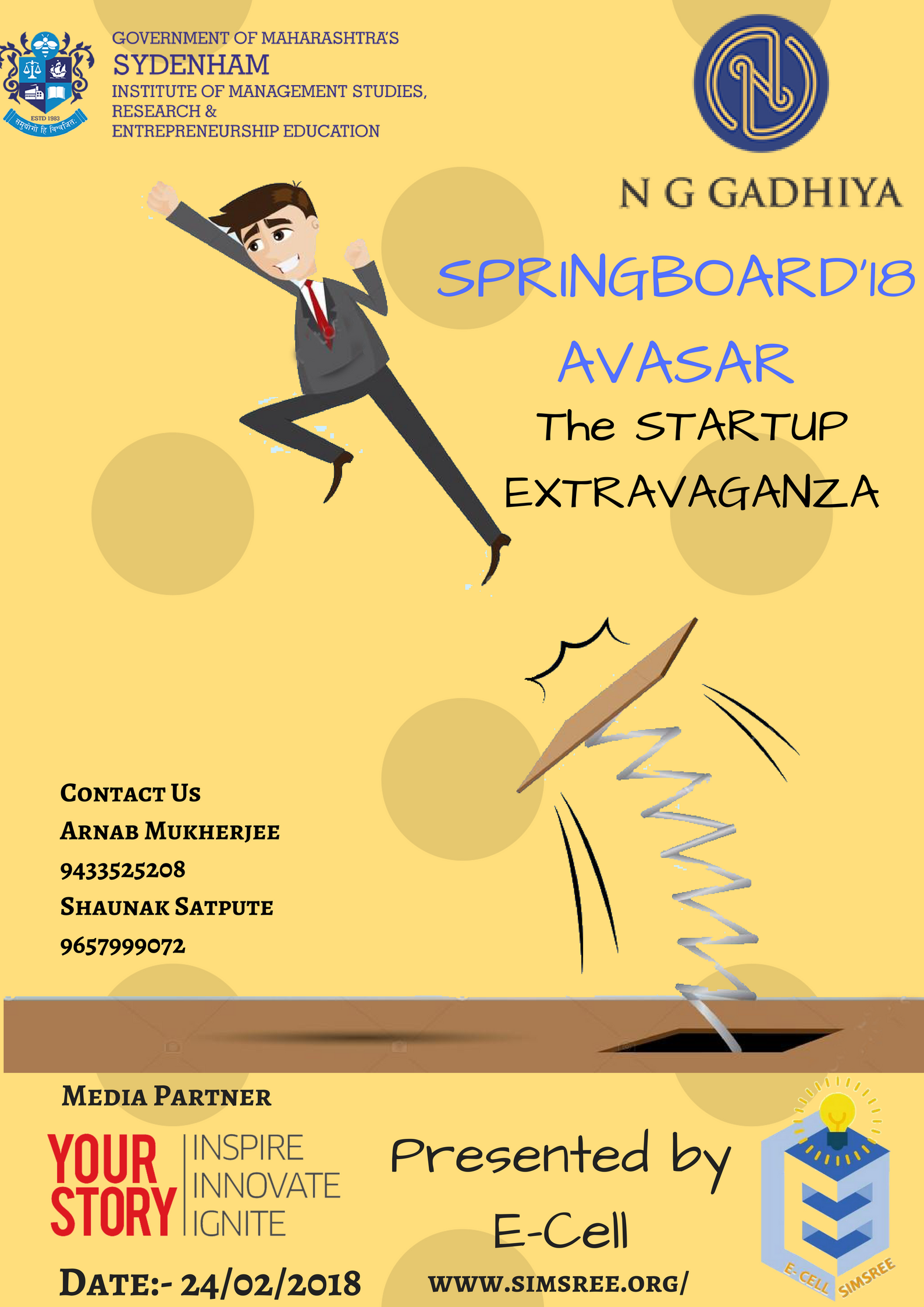 E-Cell, SIMSREE was conceptualized and created in 2007 and since then has become one of the most effective and popular entrepreneurship experiential programs on campus. Additionally, it has caught the imagination of various national student teams, entrepreneurs, media and professors.Sydenham Institute of Management Studies Research & Entrepreneurship Education (SIMSREE) was founded in the year 1983 by Government of Maharashtra. Since then, SIMSREE has been continuously ranked as one of the Premier Institutes of our country, and it attracts the finest management minds from India.SIMSREE has been consistently being ranked among Top 20 Business Schools in India. CRISIL has recently rated SIMSREE with A*** at state level (Maharashtra) and A** at National level.